As our new world emerges and the old world odour sinks into the abyss, where are questioning where we are going. What is the future ahead of us? How can we make sure we all benefit from a vision of unity with so many cultures, beliefs and traditions? How can we resolve conflicts that have been engineered to keep us apart (divide and rule)? One thing is for sure the unipolar world is an ‘old ideology’ that  no longer fits the emerging needs of our sovereign nations. Old world ideas are coming to a natural end as a multi-polar world is emerging. (updated 19th Nov 2015).

A world of infinite possibilities based upon creation and well-being, a sharing economy with positive reverberations that can be refocused for the Betterment of Humanity. We have already created many things in our current system that work well and service the needs of only parts of the human family but not all. We can also see the un-necessary suffering caused by capitalism, greed, the need for control, power and the zombie race for resources and banking profit, usury, slavery and forced austerity. We can all see what we don’t want. The question is, what do we want and how do we get there?

It’s time to re-think and create our vision for humanity. It’s time to repurpose our systems so they benefit all and never just the few at the top. A meritocratic system whereby a thousand minds can solve, create and make an idea better as opposed to a secret group who want to turn a mass profit for themselves and suppress development.  A meritocratic system of development can serve all living systems if managed responsibly, openly and in a fair manner. Professionals and mentors could even advise and help to manage the process of development within each sector. Great minds could be even greater with the right opportunity and nurturing. Everyone can have that opportunity. Free education for all and open educational resource sharing. We all rise together.

So how can we begin to change course for a fairer system after a reboot of the financial system? A New World Agreement based upon peaceful, diplomatic solutions. We can change our perspective on how we use money. Look at money as a medium of exchange, as opposed to the driving force that determines the life or death of all things. Money can do positive things. It takes someone with negative intentions to do bad things, the money doesn’t do bad things. The money creators and counterfeiters have done endless bad deeds, by money printing without end (QE to infinite). We can close all secret accounts, off-shore tax havens and tax loopholes that create greed and instead redistribute our natural inheritance. Everything on this earth planet has been given to us already. There is no need to pay for it all again (with interest). There are no debts. The debt based financial money system is all fake. A Babylonian money magic system of usury created as a method of control by the few. We can end wars today. It’s easy, stop funding them. No money to be used to fund wars, weapons, or destruction. Peace means peace. As opposed to the ‘peace means war’ double speak we read about in the Report from Iron Mountain.  An Open Security model can be implemented through the UN (a one world military agreement of independent Sovereign Nation participation. An extension of the Antarctic Peace Treaty system). The UN Security Council voting mechanism can be implemented as it was first designed, with truthful, evidential facts presented before a multi-nation vote to arrest or stop any extreme violent eruptions geopolitically. Transparent voting. All Sovereign Nation funding mechanisms to be open and transparent to avoid rigging, extortion and bribery.

It could be as simple as this. Repurposing the good things in a our system by implementing the way we think about problem solving in open collaboration ‘open source’. We can make money positive again until we figure out a ‘no money’ needed society.

A Star Trek Future (as opposed to a Star Wars future) can be achieved if we approach the development of technology, philosophy, arts and science, health and living, in an open and responsible manner. Firstly, we can take the pressure off everyone after a reset and gift a Basic Income to all.

A basic income is an income unconditionally granted to all on an individual basis, without means test or work requirement.

It is a form of minimum income guarantee that differs from those that now exist in various European countries in three important ways:

Liberty and equality, efficiency and community, common ownership of the Earth and equal sharing in the benefits of technical progress, the flexibility of the labour market and the dignity of the poor, the fight against inhumane working conditions, against the desertification of the countryside and against interregional inequalities, the viability of cooperatives and the promotion of adult education, autonomy from bosses, husbands and bureaucrats, have all been invoked in its favour. (more information on BIEN Basic Income here).

It’s a great idea that has been tested and it works. The needs of the sick and vulnerable can be met and we can give everyone a positive start, with dignity, safety and offer healing and education regarding how to make a selfless contribution to humanity. There may be individuals who wish to do nothing and relax and there will be many of us who wish to rise to the challenge of making things better for all.

This is the next phase in open collaboration. We can open source everything, as long as it is done responsibly, with accountability and liability.

Open source is a creation based philosophy for the Benefit of Humanity. How can we can end wars? Simple, stop funding them, we can end poverty with peace agreement and smart distribution and create abundance, safety, shelter, prosperity and a fair and equal society for all. It’s all within our grasp. It just requires an adjustment in our collective thinking. 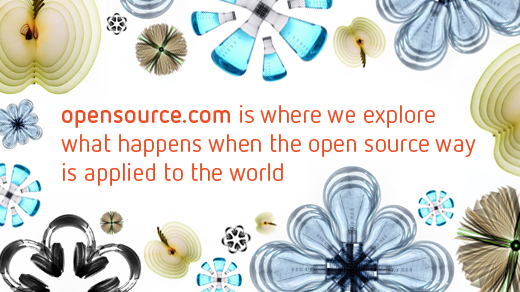 What is open source?

Open source is a philosophy and a culture of sharing principles and concepts so others who are skilled in a particular field can add or participate responsibly to the creation of a task or creation.

(The following is an excerpt from http://opensource.com/)

We can learn more from each other when information is open. A free exchange of ideas is critical to creating an environment where people are allowed to learn and use existing information toward creating new ideas.

When we are free to collaborate, we create. We can solve problems that no one person may be able to solve on their own.

Rapid prototypes can lead to rapid failures, but that leads to better solutions found faster. When you’re free to experiment, you can look at problems in new ways and look for answers in new places. You can learn by doing.

Communities are formed around a common purpose. They bring together diverse ideas and share work. Together, a global community can create beyond the capabilities of any one individual. It multiplies effort and shares the work. Together, we can do more.

Transparent collaboration of all systems for the benefit (Betterment) of Humanity

For further reference of what the Open Source method is visit : http://opensource.com/

How can we open source everything?

An example of the open source concept can be as simple as repurposing the good things we have already ‘created’ in the system :

Open Your Mind – you get the idea.

Is the idea good or bad for Humanity?

If an idea is negative or “Bad” then reject the idea and archive as such so cannot be developed again. Ideas must never be weaponised against living systems, like Geo-engineering, carbon tax and climate change hoax that is being forced through the UN, via the unelected IMF, Vatican and banking elite. They are now gearing up to present their hoax, once again. Perhaps they should learn from there mistake of funding terrorism and getting caught red handed on the world stage at the G20?

If an idea is positive or “Good” then create an open source environment and develop the idea responsibly, efficiently and with accountability and full liability. Development driven by creativity as opposed to funding. There is enough funding (as money is a man made construct) to develop everything we can think of. The responsibility issue comes into play when we think about resources and environmental impact. Disclosure of all technology and science that is true and can benefit or be altered, de-weaponised to benefit humanity. If the earth is flat and is indeed based upon the UN flat earth grid, then let’s have a discussion and disclosure based upon the flat earth evidence based research as opposed to the NASA fiction of CGI models, underwater hollywood shoots and film sets.

Religion (Religious) constructs are man made philosophies used to control the thoughts or guide mass culture.  We are replacing these religions with alternative teachings based upon direct connection with source, the creator. Creation based ‘Sovereign Nations of Humanity’ of many cultures are free to believe what they like as long as it’s peaceful and doesn’t harm anyone else under International Law. Showcase all cultures so there is a common understanding of all perspectives and traditions. This could allow the flow of ideas and the sharing economy.

Decentralised Banking can be used for one to one public banking without the need for Central Banking control. Peer to Peer banking systems are already in development such as Bitcoin, NXT and others.

A politician is a public servant. Let’s hear the manifesto and pre-elected plan and presentation before election voting. The manifesto or plan would be ratified under International Law before voting or elections. Any other items outside the plan would require public transparency, truthful and open, democratic presentation and require decentralised public voting approval. Politicians would be paid a basic income, travel expenses and no more. No campaign contributions, just the desire to serve the planet and enhance the human experience. After time we would move beyond politics, poverty and war.

All existing world media is held liable under International Law to report the truth, no more exposing propaganda, lies and deception for the benefit of the few. Only TRUTH based media production.

Hollywood and other production hubs should refocus their storytelling brilliance and energy in making ‘positive’, inspirational life asserting catalogues of mixed media. Media that inspires human achievement. Enough of the destruction meme garbage. The music industry can adapt too. Recording and mastering in 432hz, the concert pitch audio which is in harmony with the earth’s resonance as opposed to the 440hz aggressive frequency.

We will add more updates to this short article as we progress but for now we are sure that this is a good starting point. We have covered quite some ground here. The future is in our hearts and minds. One short step for humanity.  It is often the short journey from the heart to the mind which is often overlooked. Perhaps the answer we have all been looking for has been there all along. The answer to everything is within us all, ready to be accessed. Our infinite universe of potential and the multiverse ahead of us to explore together, responsibly and for the Betterment of Humanity. 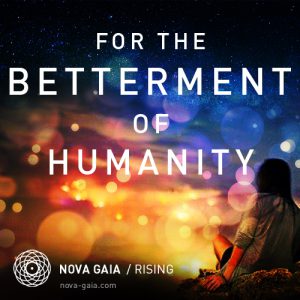 There’s a moral code that can be used as the framework of how we communicate and treat each other. The Back to Basics principles, a code of ethics for all, to be implemented on all levels in accordance with International Law.

Leading by example, in selfless service to humanity.

Founders of the Nova Gaia Foundation

This license lets others distribute, remix, tweak, and build upon your work, even commercially, as long as they credit you for the original creation. This is the most accommodating of licenses offered. Recommended for maximum dissemination and use of licensed materials.