Secrets have enslaved humanity for eons. In fact we were fooled into believing a certain way based upon dark deception. Forced to obey man-made lies, written as law, based upon rules scribed in books thousands of years ago by individuals who’s objective was to contain and control humanity. This very same dominant ego, that forced nations into wars both domestic and foreign. With psychopaths and banking families who profited from both sides, stealing wealth, land and resources whilst depopulating our species in the process. We were forced to digest stories based upon myths, teaching us to think a certain way, a false reality. Dark Covens deceived us into believing that we had no value as individuals. For example, as a continuation of this great deception, Nasa, a Freemason coven, spent trillions convincing us, we were spinning around on a ball earth, with no real connection or place in the universe.

Meanwhile, our real Sovereign knowledge about our origins, the flat earth plane, who we are and our ancient tribal artifacts were hidden away in the Vatican archives along with their own history of the covens. This distortion of true knowledge, represented to us as being fact, rolled out in the education system from birth, with the true knowledge swept way from us into a dark corner under lock and key. As the awakening reaches fever pitch, the majority of people are quickly realising that we have been deceived, lied to and our true knowledge and wealth has been stolen from us by this great deception. Mainstream science, physics, education, religion, in fact everything in our system is falling apart because of hidden (occult) secrets used by these architects of control to enslave us in this false reality.

We are after all, like minded Sovereign human beings, connecting at this time to share a human experience on a positive timeline.  We are on a mission, to unite Sovereign Beings for the Betterment of Humanity. Take a minute to step back and think about the big picture. There are so many positive, solution based concepts and ideas in action all over the planet. A world of infinite possibilities based upon creation and well-being, a sharing economy with positive reverberations that can be refocused for the Betterment of Humanity. We have already created many things in our current system that work well but only service the needs of parts of the human family but not all. We can also see the un-necessary suffering caused by capitalism, greed, the need for control, power and the zombie race for resources and banking profit, usury, slavery and forced austerity. We can all see what we don’t want. The question is, what do we want and how do we get there?

One step we can all make right now is to understand our true power and potential. We are all Sovereign human beings. That’s it, as easy as that. You can also make a public declaration if you wish. Here’s one I made earlier. 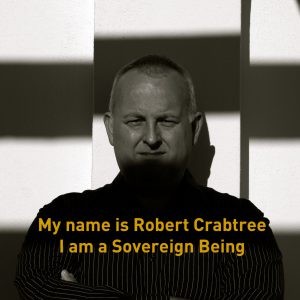 Public Declaration: My name is Robert Crabtree, I am a Sovereign Being

Under International Law, all self-proclaimed Royals, Secret Societies, Corporations, Cults, Covens, Religions, Freemasons and lodges worldwide are ordered to stand down and assist humanity in the following task with immediate effect.

All Government operatives and public servants worldwide are to assist in returning to the people, all money, land and property stolen by the banking families and there agents, by covert means since their inception.

All Fractional Reserve Banking will end and interest bearing debt will be terminated as well as all outstanding debts, both public and private. You will facilitate full disclosure of all actions taken to harm humanity by covert wars or staged deception, and will release the truth of these actions through your main stream media channels. After which and as a result, there will be justice given and then forgiveness. All technology that can benefit humanity and improve lives will be presented and as a result, funded by the banking families for mainstream public use.

Can any Sovereign Being prove they have a wet-ink signature, or any divine given right of authority to rule over anyone else on this planet or anywhere else off-planet? No.  We are all created as equals.

All public servants must stand down and facilitate in the gifting of everything either stolen or taken unlawfully from to the people of your country with immediate effect. Responsible access to private individual trusts will be granted upon request and proof of Sovereign identity. No Sovereign Being is above International Law. Do No Harm, Cause No Loss, Non-interference with Another. There is no higher law or authority and no one is exempt from it’s reach. 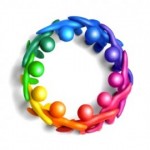 It’s time to re-think and create our collective vision for humanity. It’s time to repurpose our systems so they benefit all and never just a few at the top. A meritocratic system whereby, thousands of minds can solve, create and make an idea better as opposed to a secret group who want to turn a mass profit for themselves and suppress development.

A meritocratic system of development can serve all living systems if managed responsibly, openly and in a fair manner. Professionals and mentors could even advise and help to manage the process of development within each sector. Great minds could be even greater with the right opportunity and nurturing. Everyone can have that opportunity. Free education for all and open educational resource sharing. We all rise together.

Written by Rob Crabtree – for nova-gaia.com